Member of Irish Parliament Mick Wallace, who for context is a very active tweeter on 3 foreign affairs topics: Israel (against), Syria (for Bashar), and Venezuela (for Maduro), speaking on Tuesday on a bill to restrict Irish imports of goods produced in the Israeli settlements in Palestine --

We should stop defending the indefensible - the behaviour of the state of Israel. We are not anti-Semitic, but we are certainly against the violence and brutality of the Israeli Government against the Palestinian people and several other entities in the region.

The only thing he could mean by Israeli violence against "other entities in the region" is Israeli attacks on Iranian and Hezbollah facilities in parts of Syria under the control of the al-Assad regime. He's therefore directly equating the Palestinian cause with that of foreign entanglements of the al-Assads' lust for power, which to say the least, is a discredit to Palestinians (those Palestinians in Yarmouk might not feel the same way as Mick about the virtues of Bashar al-Assad).

Then there's the question of why Mick holds Bashar al-Assad to a different standard, let's say a double standard, to the one which he holds Israel. But he's clever enough to work in the obligatory disclaimer on that one.
Posted by P O'Neill at 2:14 AM No comments:
Email ThisBlogThis!Share to TwitterShare to FacebookShare to Pinterest

The FT's Philip Stephens on Theresa May:

She imagined herself the leader who could set at once the terms for Brexit and forestall a Tory rupture such as those over the Corn Laws or “imperial preference”.

That is a vital point. The teaching of history has tended to cast Chamberlain (J, not N) and Gladstone with their legacy of split parties -- and so the standard became not splitting the party. As Stephens says, the cost is splitting the country.
Posted by P O'Neill at 2:26 AM No comments:
Email ThisBlogThis!Share to TwitterShare to FacebookShare to Pinterest

In yesterday's no-confidence motion in the British government,  it was left to a Scottish MP to deliver the significance of Irish nationalism:


I hope that the motion tabled by the Leader of the Opposition is successful this evening. I was reminded that today is the anniversary of one of the first Home Rule Bills for Ireland, which was agreed by this House in 1913 but defeated in the other place. Yet again—I say this with due deference—the Democratic Unionist party is in control of the Government. Can my right hon. Friend assure me that if the motion succeeds this evening, the Scottish National party will have no truck with any Government funding the Democratic Unionist party and its type of politics?
Posted by P O'Neill at 3:48 AM No comments:
Email ThisBlogThis!Share to TwitterShare to FacebookShare to Pinterest

When US Secretary of State Mike Pompeo arrived in Riyadh this evening, his big meeting was with Minister of State for Foreign Affairs Adel al-Jubeir, and Prince Khalid bin Salman, Saudi Ambassador to the USA and brother of the Crown Prince. Prince Khalid's name, shall we say, came up in the Khashoggi affair, so having him visible at a meeting with Pompeo is a statement of itself.

Photo via SPA.
Posted by P O'Neill at 10:55 PM No comments:
Email ThisBlogThis!Share to TwitterShare to FacebookShare to Pinterest

Just in case anyone forgets that Whataboutery originated not as a Russian media strategy or among Bashar al-Assad fanboys, but as a description of Irish Republican posturing in the 1970s:

Sinn Féin President Mary Lou McDonald has said she is very glad that two Sinn Féin representatives were in attendance at the inauguration of Venezuela's President Nicolas Maduro.

His election has been criticised by the EU and America as a fraud.

"We believe the Venezuelan election was open and democratic," Ms McDonald said.

"It's for the people of Venezuela and them alone to decide who their president is."

"There are people in this country who would not endorse Leo Varadkar on the basis that they have endured poverty...we also have to accepted that he is the Taoiseach."
Posted by P O'Neill at 9:43 PM No comments:
Email ThisBlogThis!Share to TwitterShare to FacebookShare to Pinterest

Trumpism (increasingly indistinguishable from the Republican party overall) has been obsessed with Barack Obama's 2009 Cairo speech since it was delivered. It's that obsession which resulted in US Secretary of State Mike Pompeo's clunker of a speech on Thursday, again in Cairo.

The real time context for that obsession is important. At the time (and right up until well into his campaign in 2016, when he suckered rolling news channels into yet more free coverage), Donald Trump had been trafficking in theories that Barack Obama was not born in the USA and was secretly a Muslim. That "secret Muslim" idea, whose entry into the Republican mainstream is a story worthy of Inception, has in turn driven Trump's Middle East views, and those of the people he has around him. And they've now contorted themselves into a set of alliances and stances that will eventually blow up -- as Iran (their other obsession) did in the 1970s.
Posted by P O'Neill at 3:48 PM No comments:
Email ThisBlogThis!Share to TwitterShare to FacebookShare to Pinterest

There may never be a worse high-level speech than the one that US Secretary of State Mike Pompeo delivered yesterday at the American University of Cairo. Pompeo travelled all the way to the Nile, but could not step outside the Potomac/ Hudson/ Fox News international relations book circle, in which the Arab Spring was Barack Obama's fault, the average Arab lives in mortal fear of Iran, and a judo contestant from Israel going to Abu Dhabi is the greatest breakthrough anywhere since Nixon went to China. And then's there a line for which we'd have blamed Steve Bannon if he was still in the administration:

Our eagerness to address only Muslims and not nations ignored the rich diversity of the Middle East and frayed old bonds. It undermined the concept of the nation-state, the building block of international stability. And our desire for peace at any cost led us to strike a deal with Iran, our common enemy.

In the background, whoever wrote that is thinking ... ISIS is just like The Globalists!

The country that should probably feel most aggrieved is Lebanon: Pompeo ignored its hosting of large numbers of Syrian refugees, mindlessly equated it with Hezbollah and Iran, and presented it as a country only to be thought of in terms of the implications for Israel.

There's not much that can be done, but why is Poland lending any legitimacy to this charade?
Posted by P O'Neill at 6:42 PM No comments:
Email ThisBlogThis!Share to TwitterShare to FacebookShare to Pinterest


Maybe Paul McCartney has been writing great songs about so many things for so long that he wrote about future events decades ago, but Helen Wheels (1973) might need to be the upbeat soundtrack for people finding a lot more joy in time on British roads.
Posted by P O'Neill at 2:09 AM No comments:
Email ThisBlogThis!Share to TwitterShare to FacebookShare to Pinterest 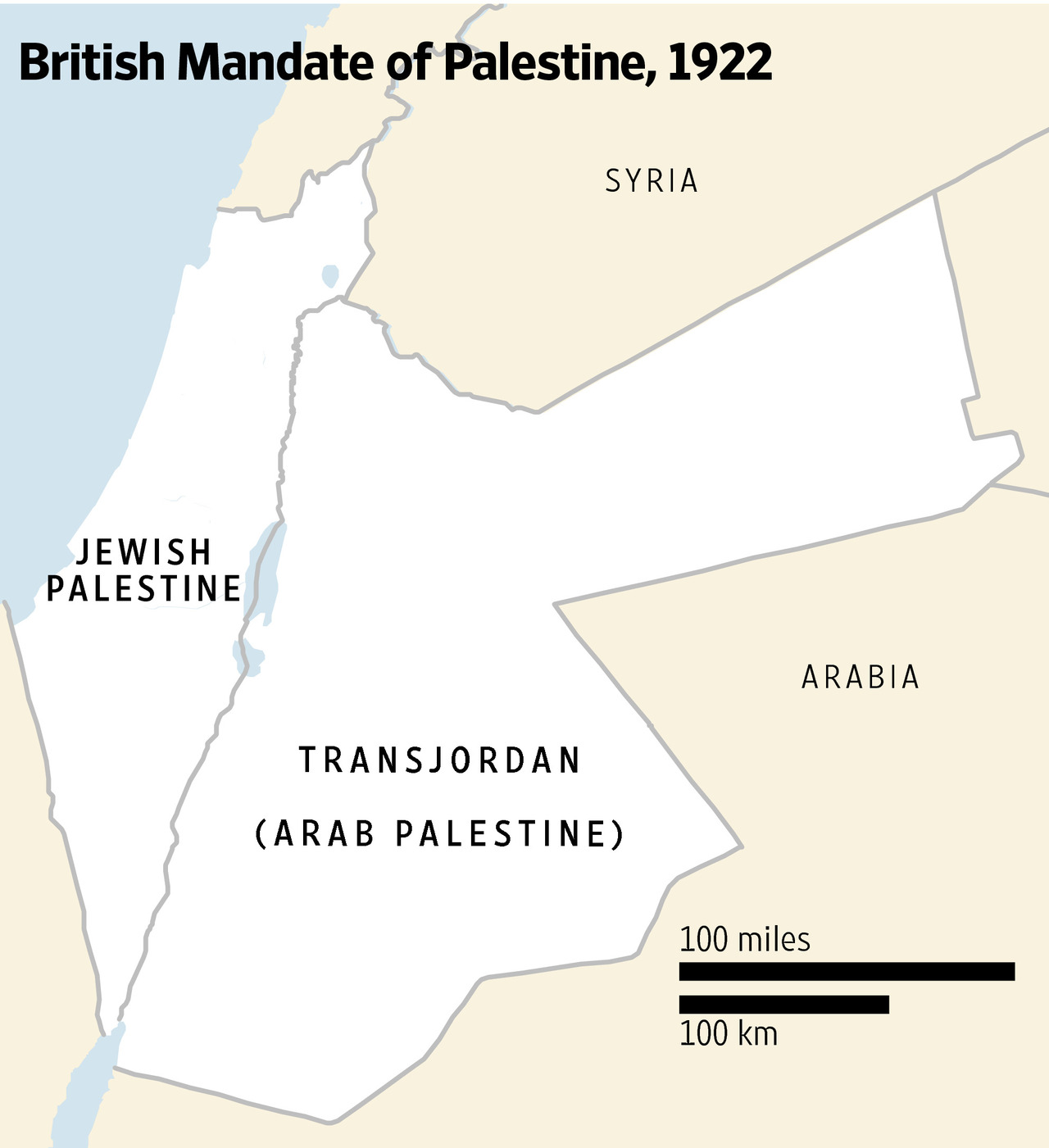 Well. for one thing, that's quite a map. There's no such thing in post-Ottoman history as "Jewish Palestine." Instead, there was an international agreement that there would be a "national home for the Jewish people" west of the Jordan river. But that careful phrase left options wide open for what the political structure and governance of that national home would be -- reasonable given that the vast majority of its inhabitants were Arab. And as a partition plan, it worked out about as well as the partition of Ireland and India by the same imperial power. Let's hope Trump is not the intended audience.
Posted by P O'Neill at 3:20 AM No comments:
Email ThisBlogThis!Share to TwitterShare to FacebookShare to Pinterest
Newer Posts Older Posts Home
Subscribe to: Posts (Atom)