Flooding in cities is complicated 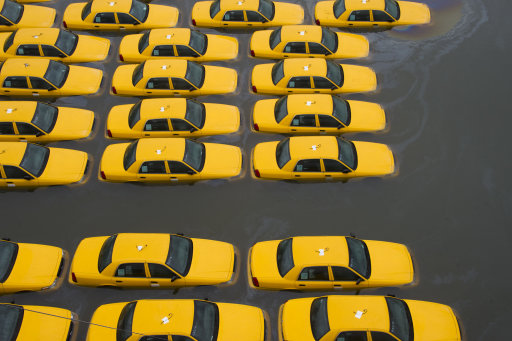 A taxi parking lot in Hoboken, NJ. When the scale of the failures during Hurricane Katrina became evident, one of the most persistent right-wing talking points was that the city of New Orleans had unused school buses that it allowed sit in a lot and get flooded when they could have been used for an evacuation. The argument never, er, held water, but it circulated nonetheless. The above illustrates the scale of the problem. If a private company standing to lose hundreds of thousands of dollars in flood damage and lost revenues couldn't organize getting its cars out of a lot ahead of a flood, how was a city supposed to mount a massive evacuation of hundreds of thousands of disadvantaged people, with a storm that got much less advance billing than Sandy?