No chemical weapons used, so it's fine 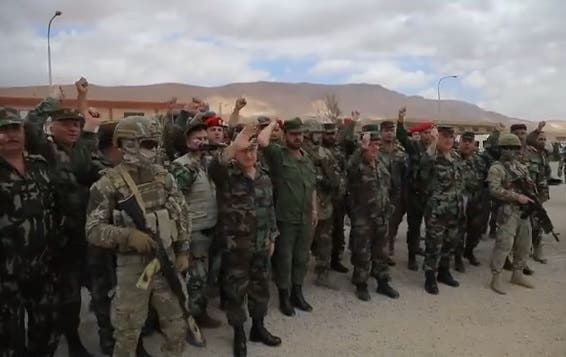 Via Al Arabiya, a screen grab from a Russian video which appears to show Russian special forces, masked, guarding the Syrian military leadership at a recent appearance in Qalamoun. As the story explains, the video was not shown on Syrian TV, since it would highlight the dependence of the regime on external support, but appeared on Russian websites.

Robert Fisk is making no effort to debunk the reporting of on-the-ground Russian support to the regime, since no one is proposing that anything be done about it.
Posted by P O'Neill at 2:20 PM
Email ThisBlogThis!Share to TwitterShare to FacebookShare to Pinterest