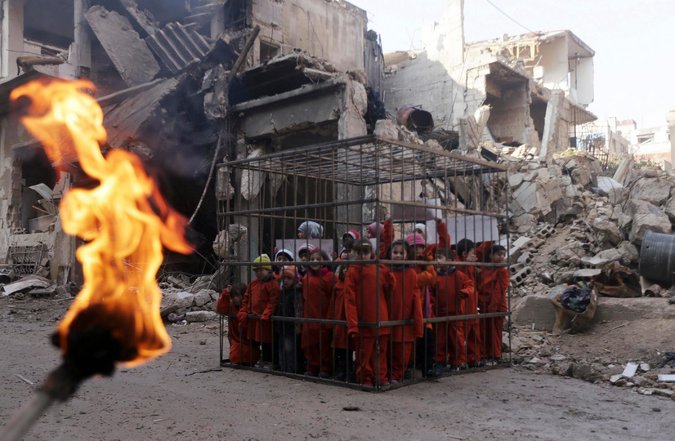 Hopefully the European Union will come up with a means of accommodating the vast numbers of displaced people within its borders, but the intense focus on solutions to the migrant crisis raises another question: what exactly do the many more Syrians still in Syria have to do to get the same level of attention of their plight?

Activists in Douma tried this clever staging in the style of an ISIS propaganda video -- it got a couple of day's worth of attention in the western media, which is not bad given that's about the same attention span as the western media have for attacks in which hundreds of civilians at a time are killed.

Maybe if all these children showed up caged in orange jump suits in Budapest?

Photo: Bassam Khabieh, Reuters.
Posted by P O'Neill at 1:49 AM
Email ThisBlogThis!Share to TwitterShare to FacebookShare to Pinterest