Nice coastal enclave you've got there 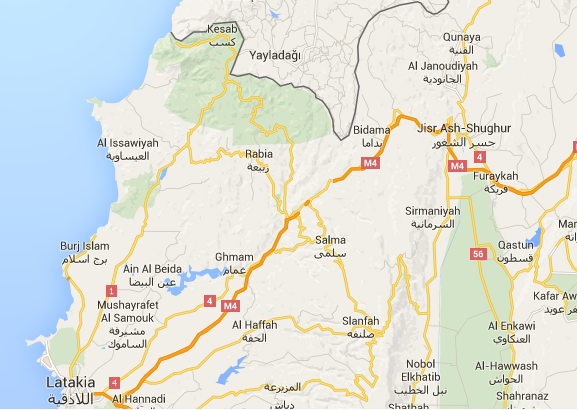 If you'd been relying on the recent conventional wisdom to understand the Syrian civil war, you wouldn't be predicting subsequent events very well. The rebels can't sustain a presence in Damascus. They can. They're stuck in the eastern parts of the country and can't take new territory from the regime. They can. And they can't threaten the regime's Alawite heartland on the coast, and they can't unify to battle the regime. They can, and they can. Reuters has the latest --

Islamist insurgents including al-Qaeda's wing in Syria, Nusra Front, captured the northwestern Syrian town of Jisr al-Shughour on Saturday, for the first time in the four-year-old conflict ... Islamist groups agreed to unite in the battle for Jisr al-Shughour under the name "Battle for Victory". The formation of alliances by groups before major battles is one of the factors behind the advances, sources say. By taking Jisr al-Shughour, the insurgents have edged closer to the coastal province of Latakia, Syrian President Bashar al-Assad's stronghold, and are now less than 8 km (five miles) from villages loyal to the government near the coast. "Jisr al-Shughour is more important than Idlib itself, it is very close to the coastal area which is a regime area, the coast now is within our fire reach," Ahmad from Ahrar al-Sham said.

It's about 75km from Jisr Al-Shughour to Latakia.
Posted by P O'Neill at 6:04 PM
Email ThisBlogThis!Share to TwitterShare to FacebookShare to Pinterest