The people have spoken, the bastards 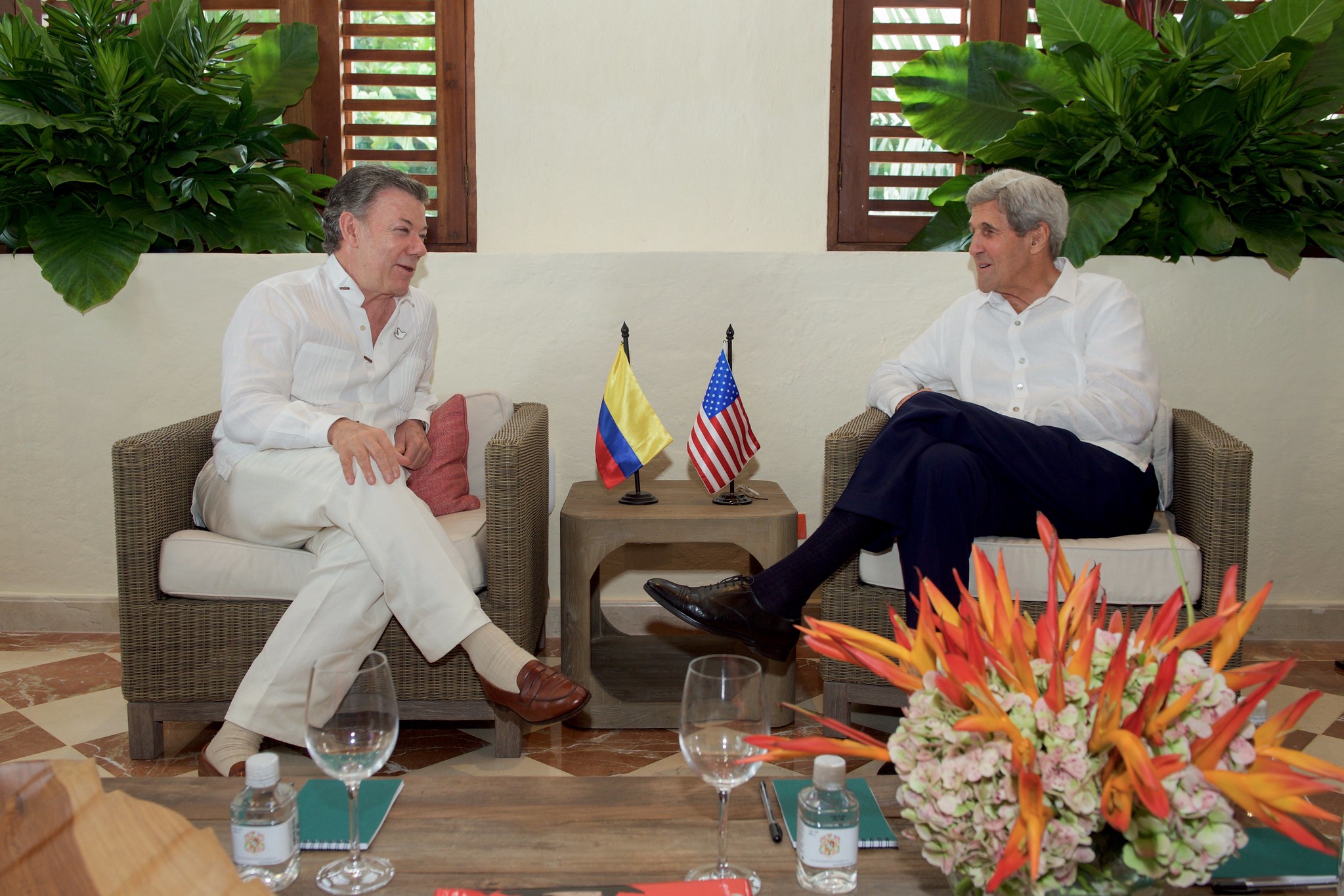 Reuters -- Colombians rejected a peace deal with Marxist insurgents in a referendum on Sunday, plunging the nation into uncertainty and dashing President Juan Manuel Santos' dream of ending the 52-year war. The surprise victory for the "no" camp - by less than half a percentage point - was likely to shatter a sense of international jubilation - from the White House to the Vatican - at what appeared to be the end of the longest-running conflict in the Americas.

The fundamental reason that the referendum was close culminating in the defeat was a sense of injustice. It didn't help that global policy elites parachuted into Cartagena last week to celebrate the signing before the deal was done, a complacency reflected in the fact that news outlets in the USA completely missed the emerging shock on Sunday evening. Above, US Secretary of State with the Colombian President during his visit, which he squeezed in between attempts to salvage the Lavrov-Kerry Pact in Syria.

The White House seems to have a theory that after Assad and Putin are done turning Aleppo into Grozny, everyone will just come to their senses and do a deal.

Colombia shows that at the level of the actual voter, the sense of grievance left by externally celebrated peace agreements plays out very differently, when it's allowed to.
Posted by P O'Neill at 12:37 AM
Email ThisBlogThis!Share to TwitterShare to FacebookShare to Pinterest