In the context of Ireland's referendum on the fiscal treaty tomorrow, a Wall Street Journal Europe editorial uncorks this rationale for Ireland to want to avoid the fiscal rules in the treaty:

Ireland is Europe's best case study in how a little short-term budget imbalance can go a long way if it's used to fund tax cuts and supply-side reform. The fiscal pact threatens to rob all EU countries of that flexibility.

Such a broad statement is hard to pin down and it should be noted that some of Ireland's acclaimed corporate taxation system has been around in some form since the 1950s. But nonetheless the statement -- pinning a supply side interpretation on a past fiscal misdeed likely means one thing -- that Charlie McCreevy is still whispering in the Journal's ear as successfully as Fianna Fail did in the glory years of the mid-2000s.

A little history is in order. In late 2000 and early 2001, Charlie McCreevy was Ireland's finance minister. And in that period, he was busy sowing the seeds of Ireland's fiscal disaster: the low interest rates due to the introduction of the euro had already generated a property boom on top of what had been a foreign investment driven economy, and the tax revenue was rolling in. And the plan was to spend it all on (1) tax cuts (2) massive public sector pay increases ("benchmarking"), and (3) any and all items to help buy the next election which was due within 2 years.

Not entirely surprisingly, the still nascent budget monitoring of the European Council of Finance Ministers was unimpressed, and asked for curtailing of measures that were obviously stoking an over-heating economy. Charlie, cheered on by a boosterish and gullible media, and with the intellectual backing of economists who should have known better, told them to F*** Off (using supply-side language), and other than a few cosmetic adjustments to his budget measures, got his way. When people look back at why the European budget rules had so little teeth, they tend to focus on the later brush-offs by France and Germany, but Ireland got their first. Here's an excellent account by Frank Barry of how the 2001 decisions played into the broader political economy of the country to produce the outcomes we see now.

But Charlie, stinging from the sharply revised views of his tenure, still finds sympathy in some quarters, the giveaway being how the WSJ defence uses the same supply-side terminology that Charlie used in 2001. But if the  fiscal pact had been around then, that episode could have turned out differently.
Posted by P O'Neill at 3:29 AM
Email ThisBlogThis!Share to TwitterShare to FacebookShare to Pinterest

They've never had it so good 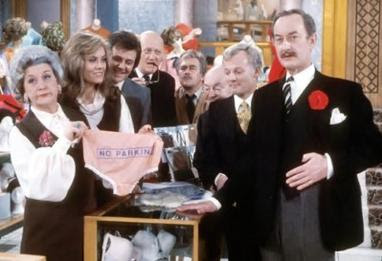 In two recent posts, the estimable Paul Krugman has reproduced a chart from Jonathan Portes which appears to show that the United Kingdom has slashed public investment since 2008. In the chart, public investment falls from 3.5 percent of GDP to 1.5 percent over the space of 3 years. No wonder Krugman says "they're eating the seed corn" and all in the name of that awful Coalition austerity.

But if you reflect a little bit on that information, you might find yourself asking: really -- they managed to halve public investment over three years? It's the kind of thing you might notice, and indeed the kind of things that others might notice given how hard it is to cut any component of public spending.

And then you start digging. Whereupon it turns out that the UK government did not slash public investment by half over three years, at least not in any sense of active cuts to the capital budget. No. What they did was not continue a very temporary last gasp of New Labour splurge on investment that had taken investment far above its historical average, and indeed far above any level achieved in the Blair-Brown era.

Here's the historical series on public sector net investment as a share of GDP since 1970 (Table 4.1, 7th column). That Brown surge briefly got investment up to a level that hadn't been seen since Are You Being Served was in its original run, and even the current Coalition "cuts" have it back it a level about the same as the Cool Brittania years.

Now stimulus advocates could say that the point still stands: surely the time to boost investment is when interest rates are so low. But you could also look at the preceding 30 years and wonder what was holding back investment then? And the answer might be that revenues were so squeezed by the other commitments of the welfare state that there was no room for public investment. Which might in turn explain why public infrastructure in the UK can seem so shabby today. Which might give you an insight into where those awful austerity people are coming from: the state has to be restructured to make room for the things that the state used to do. It could be that both sides have a point. Which means that one side is not so obviously wrong.
Posted by P O'Neill at 12:34 AM
Email ThisBlogThis!Share to TwitterShare to FacebookShare to Pinterest

Saudi News Agency In response to a question from Saudi Press Agency (SPA) on a current document on the internet supposedly from the Minister of Foreign Affairs of the Kingdom of Saudi Arabia to the Embassy in Cairo on the Egyptian elections, Ambassador Osama Naqli, Chairman of Information Department of the Ministry of Foreign Affairs, said this document is clearly rigged and its contents are against the Kingdom's policy of non-interference in the internal affairs of the states. He added that the document is not in line with the formal correspondences of the Saudi Ministry of Foreign Affairs in terms of form, style and content, as well as the rigged signature is not the Foreign Minister's signature or any ministry's official. The Ministry of Foreign Affairs uses Hijri calendar not Gregorian calendar on its documents.
Posted by P O'Neill at 4:38 PM
Email ThisBlogThis!Share to TwitterShare to FacebookShare to Pinterest

He can't count to 4 in Spanish either

BBC --Irish musician Bono and former Beatle Sir Paul were among those to pay tribute to the Queen.  There were cheers when Bono praised the Queen for making her trip to the Republic of Ireland last year. He joked: "And the Queen spoke Gaelic, I can't even speak Gaelic."

The lead story on BBC World Service news at midnight on Monday was the death of Robin Gibb. Just as well there's not other stuff happening in the world at the moment.
Posted by P O'Neill at 12:28 AM
Email ThisBlogThis!Share to TwitterShare to FacebookShare to Pinterest

Is there austerity in Ireland?

It might seem like a strange question. But the debate over austerity in the Eurozone has reached the It Didn't Work Because It Hasn't Been Tried phase. Here's National Review's Veronique de Rugy taking on Paul Krugman:

As it happens, the IMF has looked at the spending-tax mix of Ireland (and Portugal) in some detail:


Plans were front-loaded and expenditure-based (in both cases, two-thirds of the adjustment was initially expected from spending cuts). In Ireland, the history of successful expenditure-based fiscal consolidation in the 1980s and 1990s ensured that plans remained expenditure-led throughout, with revenue raising playing a lesser role.

In essence therefore the argument reflects the view from conservative economists that austerity won't work if it contains any tax increases at all, and indeed should if anything be accompanied by tax cuts. Now the trouble is that Ireland's tax increases may have been painful, but they do appear to have increased revenue. Revenue collapsed because of the property bust and the impact of weak economic activity on the tax take, but when tax rates and charges were increased, the leak of revenue was staunched. By the same token, tax cuts would have led to losses in revenue, meaning even wider deficits or even bigger spending cuts. Our Eurozone "partners" would never have gone for the former, and the general public would never have gone for the latter. And in any event, the idea that tax cuts are just what the doctor ordered in a busted economy is a tough sell on its merits.

Nevertheless, there is another angle to the debate. After two rounds of cuts to public sector take-home pay (through a pension levy and pay cuts), Ireland has sworn off further cuts in pay and benefits in the public sector despite a budget deficit excluding bank bailouts of 10 percent of GDP. As a result, austerity has taken the form of fairly blunt chops to the delivery of public sector programs, but with the biggest single element of those programs off limits. And as the country enters 2013 budget season, this process has been going on for 5 years.

The point is that whether Ireland botched austerity by dragging it out and foreswearing the most sweeping instrument of austerity is an open question.

Posted by P O'Neill at 11:53 AM
Email ThisBlogThis!Share to TwitterShare to FacebookShare to Pinterest

Wall Street Journal on the years-long Greek economic crisis: Mr. [George] Papandreou [PM] says that when he asked German Chancellor Angela Merkel for gentler conditions in 2010, she replied that the aid program had to hurt. "We want to make sure nobody else will want this," Ms. Merkel told him.

Also: From the start, Greece's surfeit of debt undermined its chances. Mr. Papandreou's financial adviser, Lazard Ltd., told him the country's bond debts were unsustainable and needed restructuring. ... "I'd like to cut my debt in half too," Ms. Merkel told Mr. Papandreou during a meeting at the Berlin chancellery, according to the Greek premier.
Posted by P O'Neill at 7:58 AM
Email ThisBlogThis!Share to TwitterShare to FacebookShare to Pinterest

Later the studio did a segue from an interview of Marine Le Pen to get her reaction straight to an interview of Yannick Noah to get his reaction. For a while, Yannick was on the split screen with Marine as they got ready to interview him. Just what the FN voters wanted to see.
Posted by P O'Neill at 7:04 PM
Email ThisBlogThis!Share to TwitterShare to FacebookShare to Pinterest

Speaker of the UK House of Commons John Bercow during the raucous special Question and Answer with the PM over the handling of the News Corp. bid for BSkyB --

Order. Most questions have focused on the terms of the urgent question. I have sadly to tell the hon. Gentleman that that was a million miles away from it and does not require an answer. It was completely out of order. We will take another Member who, I am sure, will be in order—[Interruption.] Order. I do not require any sedentary chuntering in the background.
Posted by P O'Neill at 1:01 AM
Email ThisBlogThis!Share to TwitterShare to FacebookShare to Pinterest
Newer Posts Older Posts Home
Subscribe to: Posts (Atom)