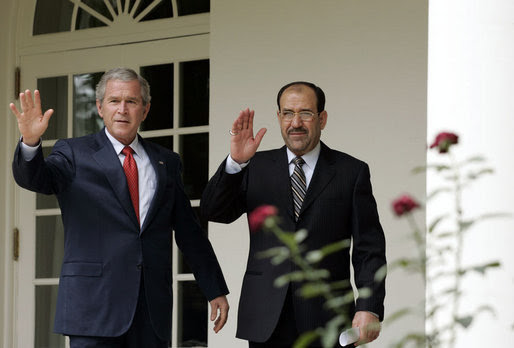 BAGHDAD — As leaders in the Arab world and other countries condemn President Bashar al-Assad’s violent crackdown on demonstrators in Syria, Prime Minister Nuri Kamal al-Maliki of Iraq  has struck a far friendlier tone, urging the protesters not to “sabotage” the state and hosting an official Syrian delegation.  Mr. Maliki’s support for Mr. Assad has illustrated how much Iraq’s position in the Middle East has shifted toward an axis led by Iran.