Don't bother me with the facts 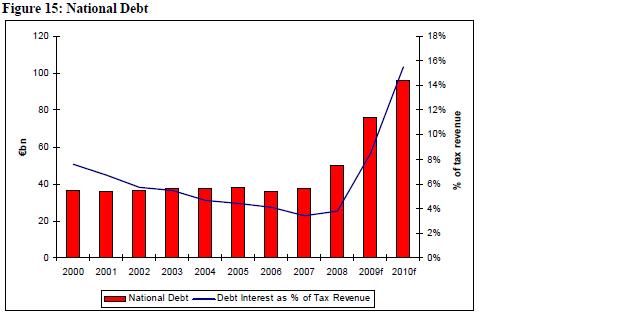 Highly publicized are the troubles facing Greece, Portugal, Ireland, Italy and Spain that are mainly due to the growth in spending and debt of their governments prior to the 2008 crisis.

Above, the public debt of Ireland 2000-2010.  And those figures are in currency terms, so debt as a share of GDP was actually declining sharply until the light-touch-regulated banks blew up the country. See also Paul Krugman.
Posted by P O'Neill at 2:20 AM
Email ThisBlogThis!Share to TwitterShare to FacebookShare to Pinterest