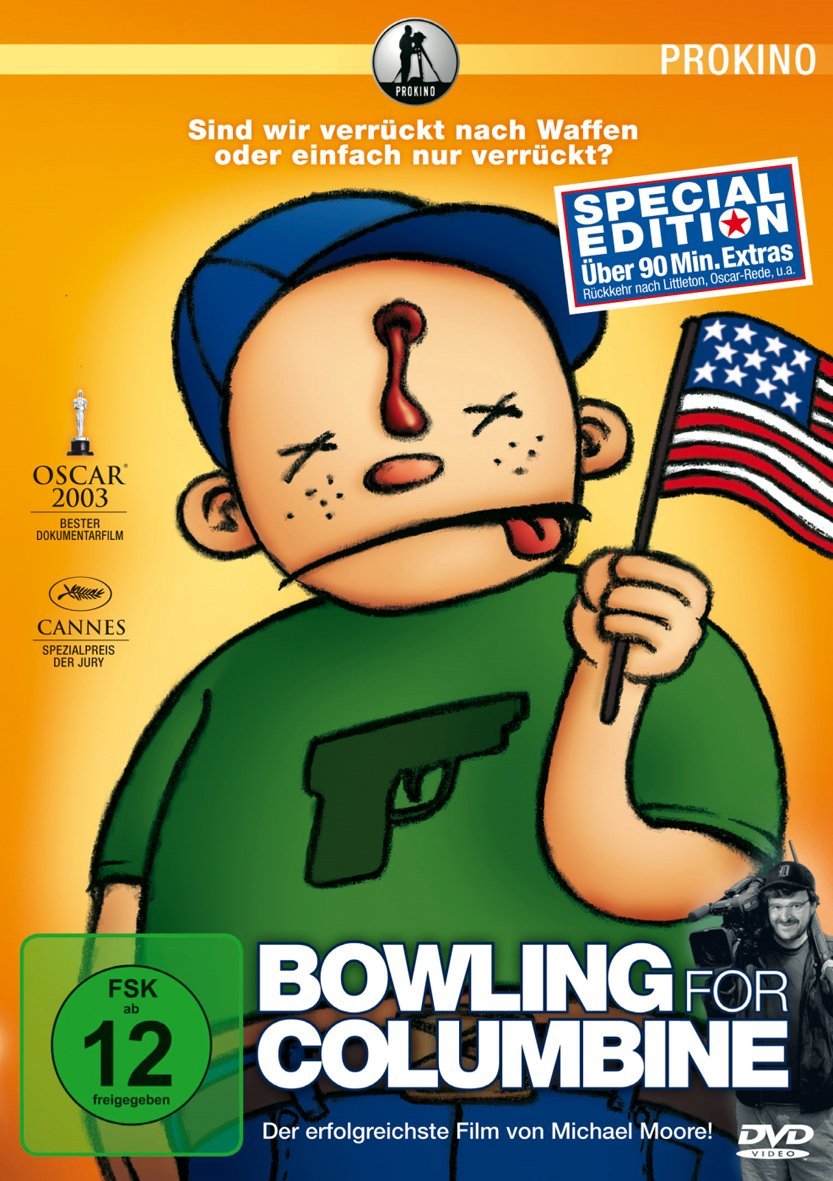 It's the job of the police anywhere to set out the facts as they see it.  But it's nonetheless a bit odd to detect a tone of reassurance as the Munich shooting rampage is described as "classic shooting rampage" (klassischen Amoktäter) with a perpetrator who had been researching previous mass shootings, including in schools.

It's a reminder that there's sociopathic messaging out there besides that coming from Iraq and Syria. In this case, that messaging combined with a Glock and lots of ammunition, as in the ostensibly American precedents.

Left, the German cover for Michael Moore's Bowling for Columbine.
Posted by P O'Neill at 10:40 AM
Email ThisBlogThis!Share to TwitterShare to FacebookShare to Pinterest