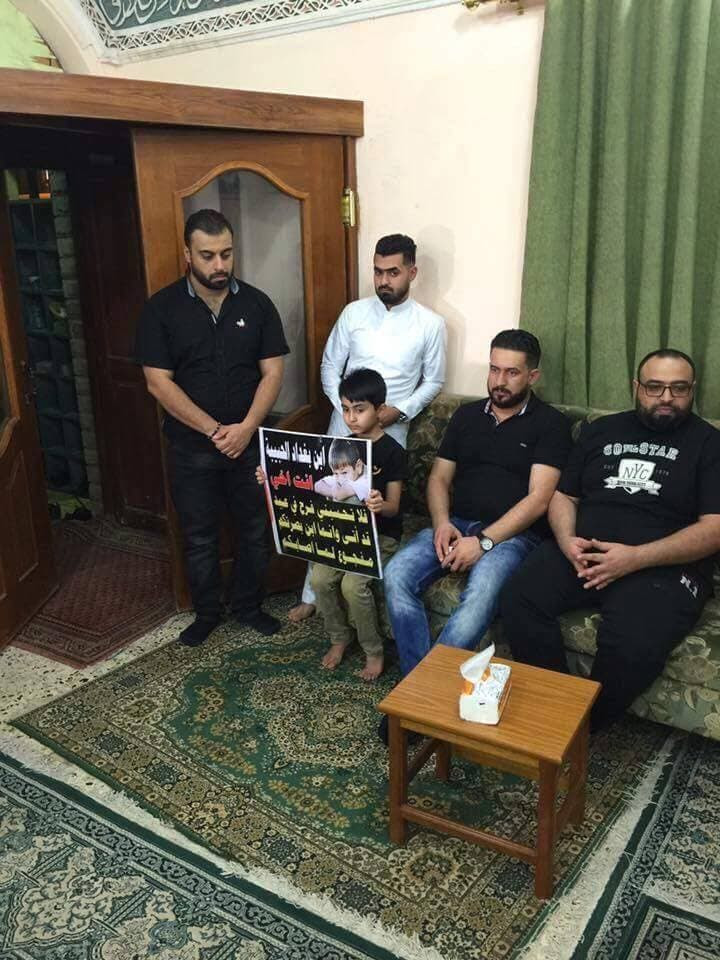 In the photo, relatives of a child killed in the latest Baghdad suicide bombing hold a memorial to him as part of a two-day "Council of Solace" organized by a youth group in Basra.

As the death toll has now increased by at least 100 over the initial report of 150, it's approaching the toll from the 2007 Yazidi village attacks, which had been seen as the most atrocious of the mass-casualty bombings in Iraq.

Whatever bad things are happening in other countries, they're happening exponentially worse inside Iraq.

That's the current context for the Chilcot Inquiry report.

UPDATE: Difficult photos of child patients being visited by the Prime Minister.
Posted by P O'Neill at 1:09 AM
Email ThisBlogThis!Share to TwitterShare to FacebookShare to Pinterest