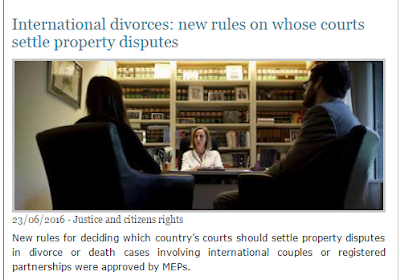 Barack Obama should sack/fire whoever wrote that "back of the queue" line for him, except that the person (David Cameron) has already resigned.

The lack of historical perspective in linking the current crisis to that of Suez 60 years ago is really striking. It's the same party, the same convulsion over Britain's role in the world, and even again with a Middle East trigger (the impact on Syria on perceptions of migration).

Posted by P O'Neill at 3:15 PM
Email ThisBlogThis!Share to TwitterShare to FacebookShare to Pinterest