The resilience of the map 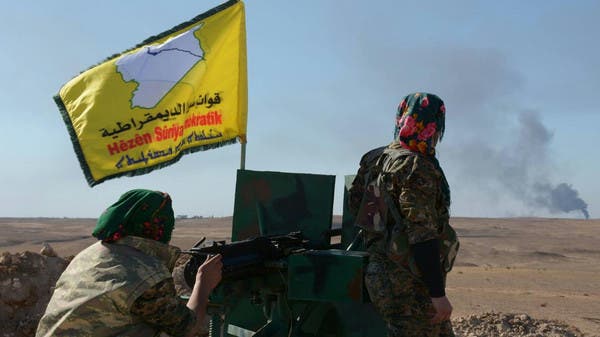 It's common to sigh about the intractability of Middle East conflicts and blame it all on colonial borders, Sykes-Picot and all that. Above is a photo of fighters from the Syrian Democratic Forces, a mainly but not exclusively Kurdish group which is making significant progress in cutting off ISIS supply lines from Turkey. The flag of the group is a map of Syria (with the Euphrates running through it). These groups want a different kind of Syria than the one that is there now, but they haven't -- unlike the glass-tapping gladiators of social media -- given up on the idea of Syria. Or for that matter, Iraq.